This year, I'm going looking for a proper babysitter/nanny for CONvergence weekend. For sure we need someone to be all-day-and-overnight with the kids (Eleanor age 7 and Henry age 2) on Friday and Saturday nights. I just need to suck it up and treat it like a proper "night on the town", like going to a play or the movies.

So now I'm kinda stuck thinking about it: I don't necessarily want to ask any of my friends/acquaintances. I need to find someone who isn't really planning to go to the con or work on it. Don't you think?

I mean, I plan to invite this person to come to the convention with us—I have an extra membership I purchased a while back exactly for that purpose. And I intend to spend some time with our kids because they love to go to con and go swimming and stuff. But there's going to be some blocks of time, and especially late night, where we need to be out of the room and this person would have to be willing to be in it, missing the party scene and stuff. That's one reason why I figured I didn't want to ask someone already planning to go to con, since they'd be missing the good stuff.

I was thinking of calling a service or going online—I'm trying not to be weirdly hesitant about craigslist. Edit: We are staying in a suite. This person would have a choice to either stay in the other room of the suite or to go to their home when we come in at night, or to take our kids back to Our house and stay there.

So internets: anybody have any thoughts?

I loved the ending. Works great for me. I'll have to post about it several times over hte coming weeks
( Collapse )﻿

March 16 is my "abstinence date." I've now had 365 days back-to-back of real abstinence.

Since it's a little unfamiliar term (Jon's practicing abstinence? does that mean he's not getting laid anymore?) the simple analogy is: abstinence is to overeaters what sobriety is to drunks.
Get it now? Ok, neither did I twelve months ago. For the last year (8,763 hours in fact) I have been abstaining from the behavior of compulsive eating.

Instead of eating when I'm angry, lonely, tired, scared, bored, happy, sad, anxious, eager, drunk, or "no reason at all" I eat 3 meals a day + 1 optional snack before bed, with nothing in between, one day at a time. It's 3-0-1 For at least the first month that was my basic rallying cry that I had to repeat like a mantra until I really came to hear it in my bones. three zero one! And some days, that's all I go back to: three meals a day, with life in between, one day at a time.

That's the basic formula I've been blessed to follow for a year now. That's not eating compulsively, but rather very deliberately. That's it. That's my abstinence, the equivalent of my sobriety.

To help keep that structure strong I have added some support elements in a fairly simple fashion. ( Collapse )

So it's working. What does "it's working" look like? Physically it's been quite helpful, as I've lost 130 pounds and have—other than an old back issue and this surgery thing—so many fewer health concerns than I did (I have not yet started an exercise program. I'm not kidding.) Spiritually and emotionally I've gone through a ton of changes—and I'm feeling so much better. I have a renewed outlook, new confidence, stability, and sanity. I don't eat to avoid or hide my emotions, I just practice feeling them, expressing them, and letting go. I don't eat for any reason other than hunger and that it's eating time (thankfully, these two coincide about 5 hours from the previous meal). I have a new lease on life.

In some ways abstinence has been the equivalent of four full time jobs (full time job = 2080 hours/year) and it's the bottom line thing for me. I know that sounds like a pretty narrow scope, a pretty short horizon but so be it. I'm alive and I'm getting better at living. And thank God too, not a moment too soon. I've been helped by so many people—I know I haven't done it alone. Which is why it's such an incredible gift: it's been done to me as much as something I've done. I've participated in it, but I sure haven't done it all—or really feel like I've done any of it—on my own. It's like the whole world, from the Creator on down to family, friends, and some near-perfect strangers all got together and said: let's give Jon a gift he's really going to love. And then gave it every day. Day. Day. Day. Thanks everybody, that's a tremendous gift and every day that goes by, I feel the reality that I'm worth it, and for that I'm even more grateful. One whole year gone by.

wow, do you guys still use this thing? hi livejournal, how's teh dramaz? I gotta change that user pic. Maybe I should write something, I pay for this shit... 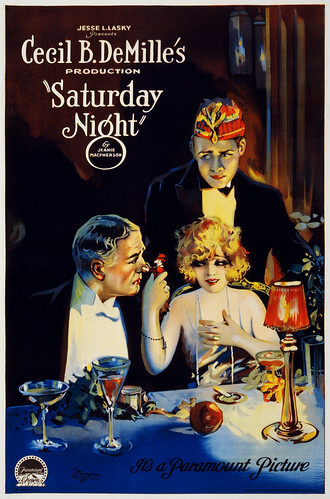 this is ripe for a space lounge poster next year

Joel Robuchon appeared on Top Chef recently and I had a sudden heightened understanding of something that's nagged at me for a while. I put this in a comments thread on facebook, but I wanted to capture it here in one place.

Robuchon was tasting what a chef called "deconstructed bernaise" and was praising the dish. But he used the word "décomposée" for the sauce. It would seem that the French, who know a thing or two about Deconstruction (a Frenchman having invented the concept), use the phrase "décomposée" to refer to the action American chefs call "deconstruction," the breaking down and recomposing a dish from its elements in order to evoke both the original form and delight the diner with something different . Bryan and Mike I. did a wonderful job on the "deconstruction" (here is the recipe)

But what Everyone Else calls "deconstruction" the Chef of the Century calls "décomposée." This should Not be overlooked!

It is a significant reframing of a major culinary trend of the last several years: chefs are Not performing deconstruction, because Deconstruction is a literary and philosophical movement, not a culinary one! Deconstruction concerns itself with identifying the logocentric nature of texts (and granted they extend "text" to all corners so that a recipe Could be a text) and shearing the words off from each other as the dominant center becomes alienated from the peripheral Others.

Decomposée on the other hand does almost the Opposite of deconstruction because while it identifies a center—in last night's case Bernaise sauce—its intent is to actually reify that center through the constituent parts. Décomposée as performed by chefs reaffirms the primacy of a recipe and invokes its core emotional impact through the reframing of its ingredients. Deconstruction deliberately sets out to imbalance and overthrow the center, and is, as currently used by many cooks, inappropriate for culinary context.

I've never been able to put my finger on why "deconstructed" has felt like such an inadequate—inaccurate!—term in the mouths of chefs. Until Robuchon showed me the way by his fundamentally more accurate description using the term "décomposée."

I believe I lack the cooking skills to conceptualize how one might deconstruct a dish the way one might a literary text. I mean I barely understand basic concepts of literary deconstruction! But it would be an exercise worth considering. I'd like to eat some more foods done décomposée, but I'd also like to see someone take the dare of trying actual deconstruction.

Perhaps for starters it would be very difficult to do properly in a fine dining context because once you start the deconstruction process, you're going to rapidly run into the cultural price paid to enjoy the surroundings . . .

As of today I've been in the program for six months—I'll get a medallion for it tomorrow, actually. I'm working through step eight, and the spiritual part of my life is enlarging a fair amount. It happens I've also lost ninety-three (93) pounds in that time.

When you get a certain amount of abstinence, and you begin feeling physical recovery, and you get through "digesting some large chunks of yourself" (particularly the fourth and fifth steps), you kind of get to start over. You start over, in a manner of speaking, where you left off. More or less at the time when your addiction first manifested as a means of stuffing away facing problems or feeling real emotions. In my case this is somewhere between six and nine. I feel a certain accord with my child, believe me, and sometimes have a sense of... anguish, strong emotions, even the occasional tantrum. I'm also practicing some weird things I never did before—weird for me, I mean. These include not apologizing much anymore. And an awful lot of live and let live. I'm strangely unconcerned about some things (also, not-strangely-at-all, quite concerned about others) that used to really bother me. I am stronger in a lot of dimensions, and off kilter in others. I'm like a kitten (with a lot less noms) or maybe a calf or a juvenile robin. Yes? I've been singing more.

My life is completely different than it was a year ago. Almost entirely for the better.

I was all set to embrace Joe Wilson's apology.

Joe, you are a complete asswipe if you think we are going to take you at face value when less than 24 hours after you apologize you go on Sean Hannity to get your ego stroked and post videos about how you're going to "keep fighting."

To me, your behavior counts, and your behavior is that of a person who A) acted like a BABOON, then B) made an apology for acting like a BABOON, then C) imfuckingmediately went on a right wing talk show to talk about how you're going to keep on fightin. This is hipocrisy, and it renders your apology completely disingenuous. Fuck you Joe, I'm going to "keep attacking" like the rest of the so-called "Left." Fuck you.

At heart, I'm an immature teenage boy. Thank you Joe, your behavior permits me to let this part of my id continue to act like one in your direction you warthog-faced buffoon.


"There has also been a proposal for a tax credit that would help people buy coverage from the exchange who couldn't otherwise afford to do so. But the House bill specifically says illegal immigrants aren't eligible for that credit, and despite Republicans' claims, there are mechanisms in place to enforce that restriction." -Salon article, emphasis mine.

Joe's apology-cum-defiance is the moral equivalent of the following:

Both very fun twists on the original. I also use it lightly in several other cocktails. It's quite sweet, almost cloying. But right now the big news is that Liquor Barrel in Golden Valley has St. Germain for about NINE DOLLARS less than the cheapest places I've found in the Cities. Get thee there to try this gorgeous, unique spirit. The fin de siecle bottle alone is worth half the price!

Shake with ice, strain over a few cubes of ice in an old fashioned glass.
Then I used a syringe to gently dress the drink with
5ml Macallan's Fine Oak scotch

I feel like I finally got the balance right on this one. Other variants included 1.5oz akvavit (too much) and subbing rye for the irish (imbalanced), more bitters (2 large dashes was too much) and the original left out the scotch. However, stealing from the Bradstreet the use of a scotch to insert some interesting aroma and other elements.
Collapse